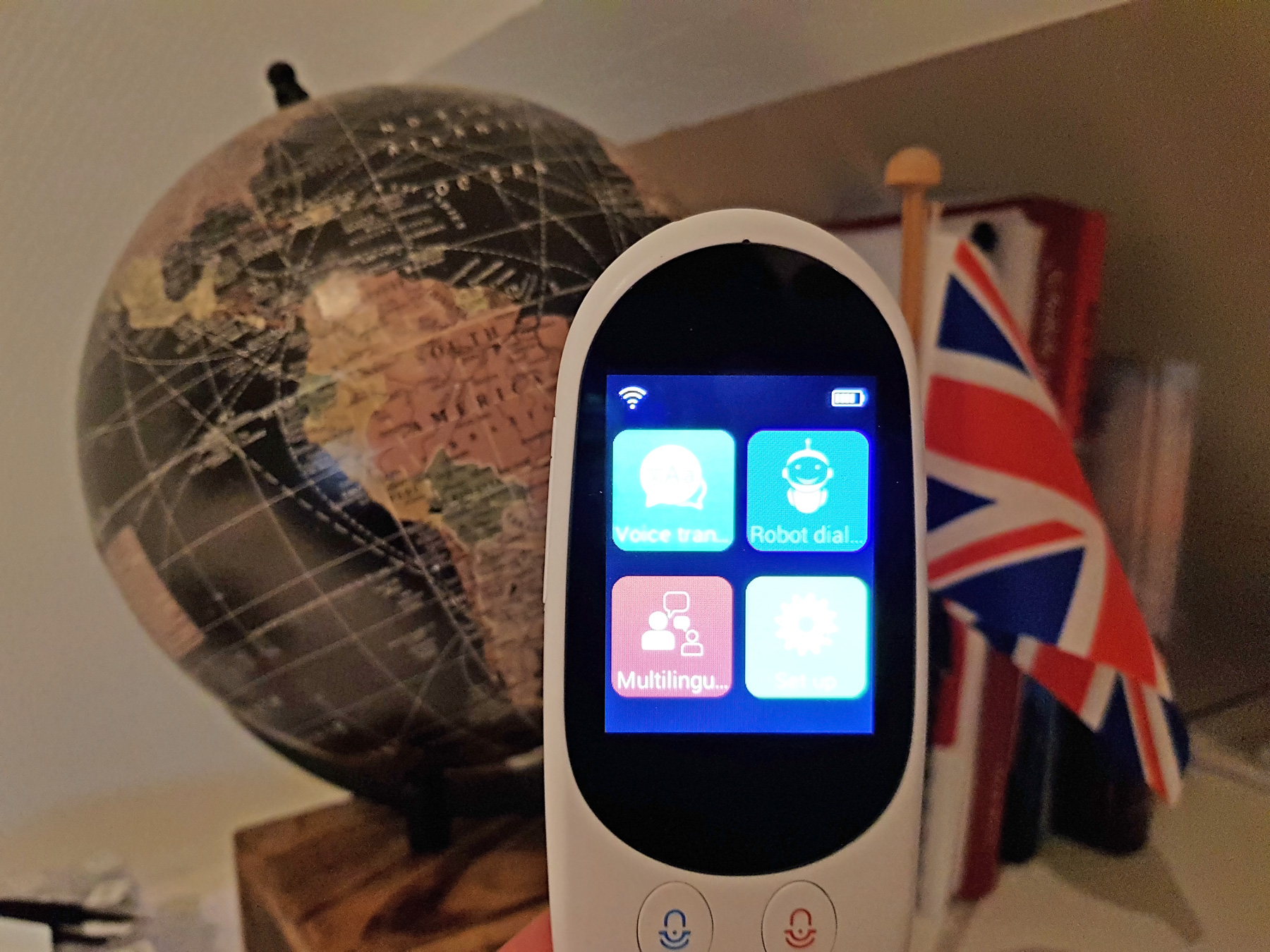 The emergence of the translation computer

In the translation industry much debate has been – and still is – on the rise of technologies that could potentially replace human translators, such as machine translations. For interpreters these debate seemed less fierce, with many professionals and clients alike admitting that interpreters are pretty indispensable in many cases. Yet one of the dangers seemingly lurking for interpreters is the rise of smart voice translators. In the past year a couple of these have been introduced on crowdfunding websites, all being funded with hundreds of thousands and even millions of dollars from interested consumers and businesses. Of them, Travis the Translator and Waverly are some of the best known. Mesay was successful as well, introducing its third offspring this week. I was able to do a first-hand review of the translation computer, curiously wondering about the strengths and weaknesses of this device in particular and the technology behind it in general.

The Mesay 3.0 translation computer was launched as a crowdfunding project earlier this week. The device, made by Mesay in Shenzhen, China, is the third edition of the Mesay translation computer, offering simultaneous two-way voice and text translation in 50 languages without the need for any apps.
Mesay had already introduced the Mesay and Mesay 2.0 in the last years, but Mesay 3.0 has a new design and offers WIFI and Hotspot support, while its double microphones must ensure that spoken words are recognized more accurately. According to the Indiegogo project page the crowdfunding project only needs $3,000 to get the project successfully funded; at the time of writing this review and blog the project was 60% funded already. The early bird price for one Mesay is $99, but the actual retail price will be $179.

The device looks pretty simple, having a flat rounded design with a display, a power button, two microphone buttons (one for each language set) and a volume button. After turning it on users see a main menu with an option for voice translation, robot dialing, multilingual usage and a setup button. Right after powering on and after waking up the device from sleep mode it seems a bit buggish, refreshing the screen several times and not reacting to user input. Touching the screen does not activate any function in that case. Once the screen seems to have come to ‘rest’, it works. Users can set up the network (required to get the translation computer working) and enable the voice translation function. Once the basic settings are established, the voice translator can be used.
The voice translator screen is quite simple: it shows a blue and a red arrow (similar to the microphone buttons below the display) that enable users to set two languages. The arrows offer access to a host of languages, including Asian and European languages. Once set, users can press the respective microphone button, and tell the voice translator what they wish. It will then output this in spoken words. For testing purposes I set the languages on Dutch and English, enabling me to judge the quality of the translations in this language pair. It is important to note that the voice translator won’t work when there is no network connection.

Does the translation computer a good job?

After the initial setup it is time to give the Mesay 3.0 a try. That is quite simple: press the button, say what you want to say and wait until the text is translated. Actually, it is a bit hilarious. After a slight delay a female voice delivers an automatic translation, literally translating the text from Dutch into English and vice versa. Curious people around me cannot wait to put the device to the test, telling jokes, using difficult words, etc. In some cases the translations are quite accurate, but in other cases the translation computer doesn’t quite nail it, outputting a translation that does not make sense at all or only delivering the first part of the speech. In most cases it is enough to understand the meaning, but sometimes difficult sayings require the speaker to re-think his wordings and re-formulate the sentence.

Is the end of the interpreter near?

After having tested the device the feelings are mixed: while the technology is interesting and promising, and Mesay 3.0 does a good job in some cases, in other cases it fails badly. To deliver the most accurate results, people should also input one sentence at a time, which delays the message enormously. These are things flesh and blood interpreters are great at, delivering an accurate translation (word by word if required or somewhat more freely if possible). Furthermore they can listen to more than one sentence at a time, not hindering a person delivering their speech and not necessarily delaying the message to be shared. One of the great differences between the Mesay 3.0 (and many similar devices) therefore is that this device will be centre stage during a talk, while interpreters tend to be as invisible as possible when doing their jobs.
Given the translation flaws and the technological limitations of the current technology the answer on the introductory question (“Will the interpreter survive technology”) should be positive: at the moment the technology used in this type of devices is too generic and error-prone to be used effectively. While the Mesay 3.0 could do a great job in simple talks (in the English-Dutch language pair at least), it could generate poor results in business meetings and other critical discussions. Of course the translation computer offers interested travelers and geeks a great gadget to show and use, and in many cases is only a soft brew of advanced business technologies, so there might be many more intrusive technologies lurking to replace the interpreter. Voice translators might leave users and general audiences in awe (which is what I saw at a conference for professional translators and interpreters last year) but this kind of device will not rock the foundations of their industry yet.