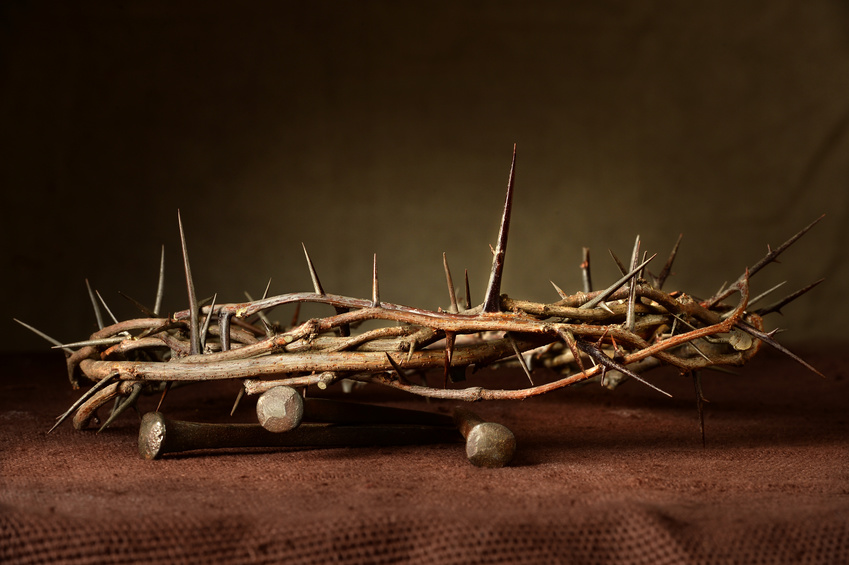 Why some source texts deserve not to be translated

Bridging cultures and conveying messages from one language and culture to another is one of the most important aspects of translation. It is not without reason that translators pride themselves on the important role they have played in making knowledge and culture accessible to a global audience. Yet history shows that some source texts are best not translated, simply because their words are then far more powerful.

Life and death of Jesus Christ

The week in which this blog post is published is called the ‘Silent Week’. Next Friday all over the world Christians will remember the gruesome death of the son of God. In the week before Good Friday (referred to in this way because despite the cruelties inflicted on Christ, He did good work in releasing His believers from their sins), Christians will contemplate the suffering and death of Jesus Christ on the cross at Calvary. Next Sunday, however, they will celebrate His resurrection – a visible sign that He indeed is the son of God and that He has power over the dead.
Thanks to Bible translators in dozens of languages, people all over the world have access to the gospel (literally ‘the good message’) in their own language, which allows them to learn about Jesus Christ from first-hand experience. It might therefore not be surprising that communities, wherever they are, often welcome the introduction of a Bible in their own language (a process that is still ongoing, despite the Western world and many other parts of the world having had their own Bible translations for centuries).
This Silent Week however, does not stand on its own. It is the last week of a longer period of seven weeks in which people have reflected on Jesus’ death and resurrection. This period traditionally starts with carnival, a worldwide celebration of joy right before the period of mourning and fasting begins.

For centuries, it has been exactly during this period that many musical performances around the world stage the life and death of Christ. While these performances vary by country, they all have in common that they are are focusing on some of the miracles Jesus performed in His life and especially in the last few days (or even hours) before He died. British culture, for instance, brought forth the oratoria ‘The Crucifixion’ from John Stainer (dated 1887) and ‘From Olivet to Calvary’ by John Henry Maunder. None of these however can be compared in size and depth to John Sebastian Bach’s famous ‘St. Mathew Passion’.

From the time Bach wrote this masterpiece (he also wrote a St. Mark Passion, St. Luke Passion and St. John Passion, each following the similarly named gospel but none of them as famous as the St. Matthew Passion) they are staged each and every year in countries all over the world. That makes it one of the most performed classical pieces in the world, old but timeless thanks to the brilliant music and the enduring text and message it entails.

Translating Bach into other languages

Despite the secularization taking place in Western Europe and other Christianised countries, the St. Mathew Passion retains its popularity, despite its age. On the other hand, each year there are new initiatives introduced to make it a bit more popular or to attract new audiences. One of the most obvious ways to do that is by translating the Passion into local languages – a job that is easier said than done.
In the past decades several attempts have been launched to translate Bach’s original texts (in fact Bible texts because Bach used a German Bible translation as the main source for his texts) into different languages, including Dutch and English. However, despite their sometimes positive reception they have never been able to strike the chord that Bach was able to; where the original St. Mathew Passion has now been staged for 290 years, localized versions mostly survive for a couple of years and then go into the archives, sometimes being replaced by newer translations. Whatever the intentions of the translators, they were never able to do what Bible translators did: introduce a successful translation of the Bible (whether the literal Bible or a musical derivative) that would last for centuries to come.

What is it that musical masterpieces appeal to artists of all backgrounds and are greeted as a source for translation but they mostly appeal to the public only in their purest forms? Why is the St. Mathew Passion translated multiple times but without sustaining success and why do less popular oratoria like Stainer’s Crucifixion and Maunder’s “From Olivet to Calvary” not attract translations, although they are also great in many respects?

To answer the last question first, that mostly has to do with the appeal of the works on artists. The Dutch have an expression that says ‘Unknown makes unloved’. It means that people do not value the things they do not know. This applies in some respects to many Easter cantatas and other musical masterpieces. The universal power, and the breadth and depth of the St. Mathew Passion has attracted people all over the world, while the English oratoria have only gained a foothold among fans of English culture and ancient music. Apart from that the universality of the English language might also play a role. Given that English is the lingua franca of the twentieth and twenty-first century, people perhaps do not need a translation or miss the appeal of Bach’s German oratorio on them.

On the other hand, it is exactly that appeal that the German text has to people that makes them look for a good translation of the masterpiece. Some people are attracted by the idea of staging their own translation of a famous work, while others hope to find a way to introduce the musical gem to a bigger audience because it deserves to be heard. Especially in the case of Christian music literature, like Bach’s Passions, there are plenty of translations of the source text (mainly Bible verses) available, which raise the idea that translating a Passion into a native language would not be too difficult.

Despite the efforts people have invested to produce well-heard localized versions of the St. Mathew Passion it is, however, still the German version that unites people all over the world in their meditations about God as the source of eternal power. Each edition in a different language therefore breaks with a centuries-old tradition and the universal feeling of union. That alone should be reason enough not to try staging a translated version. Furthermore, music is emotional. While a particular language can unchain a series of emotions, exactly the same text in another language does not necessarily do the same. And lastly, in the case of a centuries-old gem like the St. Mathew Passion, people have come to value tradition. Every new translation will therefore break with a common encounter in history. The source text is good, so let us refrain from a translation.

Translation practice
Unveiling the details of a Bible translation

Previous post Unveiling the details of a Bible translation