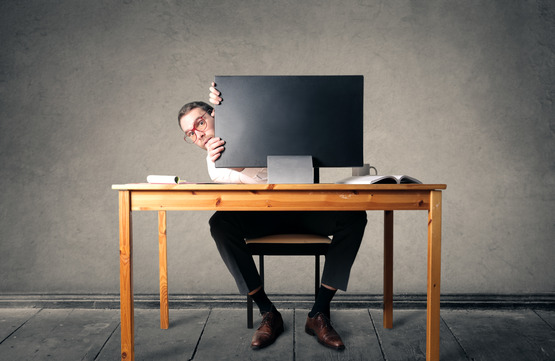 tfw you realise the robots will steal your job pic.twitter.com/uR0W648pFE

The concept of machine translation was developed decades ago with the idea that machines would be able to fully translate texts automatically. The main advantages of automatic text translations are the reductions in turnaround times and costs. It has taken years for the technology to arrive, but nowadays machine translation seems to be fully established. That, however, by no means implies that the end to the development of technologies and their underlying logic has arrived. Researchers and providers of machine translation alike still feel that the quality, in many cases, is too poor to sell as a premium product. Massive databases and better technologies are needed to generate engines that produce improved output.

The rise of cloud technologies and the emergence of faster and better computers enables providers to develop new technologies and products that create new opportunities for users. At the same time, that creates a vicious circle: new technologies open up new possibilities that shape new chances and require even better technologies. Machine translation technology is therefore getting better, but never to a point that developers and users are satisfied. Apart from that, it simply has too much flaws to produce quality results that require more tinkering under the hood.

We have nevertheless come to a point where the promise and quality of machine translation make people boil over with ideas about using it to create products for daily use. Although in some cases, quality machine translation – depending on the word count, the complexity of a text, the language pair and the quality of the source text and engine – still produces poor results, companies are inventing and selling products to consumers and business alike to ease their lives and to break language barriers.

Inventions in the field of machine translation

We know the example of Skype Translator. Last week, on Indiegogo, a crowdfunding project was started to sell Pilot, a wearable that uses machine translation to facilitate the communication between people speaking different languages. The results in the promotional video are promising and the project hit the flexible backing goal of $75,000 within 15 minutes after the launch. Now, a day or so later, the project has raised about $1.5 million of funding to develop the earpieces and the corresponding app. You can see how it might work in the video below:

The product reminds some people of the Star Trek series (which I actually never watched), and makes dreams and fantasies from decades ago a reality.

Another field where machine translation was not readily expected is in the field of copiers. Recently, Xerox introduced Xerox Easy Translator, a service that enables users to put a document on their copier, which afterwards throws up a cloud-based machine translation. An example can be seen below:

So machine translation is gaining market share more and more in several fields. It is therefore not surprising that professional translators (and probably interpreters too) are fearing its rise.

Nowadays, consumers make full use of services like Google Translate, Yandex Translate and Bing Translate to translate educational and business texts, and use translation apps to the max to communicate with foreign friends. It must be said that services have improved in terms of quality in the past years. Where services like Google Translate were originally only able to translate texts word by word, they now ‘comprehend’ full texts and produce translations that become more fluent all the time. At the same time they come up with synonyms, alternative translations and distinctions between verbs and nouns. Although there are no figures, it seems that almost every internet-using consumer uses an online translation service to look up words, translate whole web pages, and grasp the meaning of emails that were sent in a language they do not fully understand.

The same consumers are also the people who use similar services in business. The step from using machine translation service at home to using the same service at work is quite small, so it should not be a surprise that business professionals use freely available services to make business decisions.

So machine translation is a widespread phenomenon nowadays, used by consumers and businesses alike for its low costs, reasonable quality and ease of use. The ongoing introduction of new technologies and products appeals to many feelings and needs, and makes people want to use machine translation more and more in different forms to improve their private and business lives.

The adoption of machine translation technology by business professionals

In contrast to society at large, many linguistic professionals fear machine translation. Machine translations are mostly explored by the adventurous and pioneering translators who love to test new technologies, are curious about inventions, and want to distinguish themselves by offering services that seem to come straight from the future. In turn, translation agencies and multinationals use machine translation to lower translation costs and increase daily output, thereby putting pressure on translators to reduce their rates and speed up their translation processes. It is mainly the unfamiliarity with machine translations, the poor quality of the results and the pressure that the technology puts on professionals that instigate the feelings of uncertainty and unsecurity. Indeed, if translators are pressed to faster turnaround times it will affect the quality of their work while lower rates will have implications for their livings and families.

Most translators and interpreters are therefore wary of machine translation technology. At the same time, more and more are used to Google Translate and similar services, using them to look up a simple term or only to take a look at the output to get some insight into what it is and what it can do (and laughing heartily if the service proves to be as bad as they expected).

A future with machine translation

A couple of decades ago, and even before I was born, people used to watch television series about the future. In these movies innovative, disruptive and unimaginable products for communication and mobility were introduced. What people never expected to happen in their lives came true: nowadays, technologies are introduced to move people through the sky with a jetpack or to break language barriers with an on-the-fly translation by a machine with a tinny voice.

That idea of the future is now both frightening and amazing. The emergence of machine translations has made much possible for consumers and businesses alike. These benefits are one side of the coin: the other is that it has led to a declining market share for some professions in particular fields. Whereas people in times past were ready to hire a translator or interpreter for their communications, they now use Google Translate, while in 2017 they will be able to use Pilot if it succeeds. On the other hand, the increase of apps and products has led to a whole new spectrum of work: app localization and translation of more and more manuals – however small they might sometimes be. So on one side of the spectrum the amount of work has decreased while on the other side there is some growth.
Yet did the rise of machine translation not (necessarily) cut down the amount of work? Before the Google Translate era, people were used to translating letters word by word using a dictionary, not hiring a translator. If they visited another country or met a person not speaking their mother tongue they sought help from people who were at least able to make their message clear. Therefore machine translation has also replaced the usual awkward methods of communication problem-solving to a great extent.

And, as Xerox states in the FAQ:

A machine translation therefore can offer benefits, but it doesn’t replace the need for human services. An instant interpreting app is simply not too reliable at the moment, and people in the future will still seek refuge in professional translators and interpreters in critical situations.