Home / Translation practice  / Translating 1,000 words per hour: is it possible? 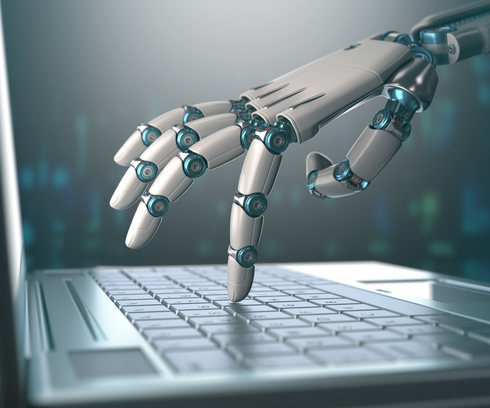 Translating 1,000 words per hour: is it possible?

A couple of weeks ago, Lilt, a new online CAT tool developed by scientists and trying to shake up the world of translations, published the results of its own research about the productivity improvements the platform wants to bring to translators. According to the platform developers, Lilt outperformed Trados with an average productivity increase of 21.9% among human translators. However, the fact that the fastest translator achieved an output of 1,367 words per hour gained much less attention. Will Lilt set the new standard?

This article is nominated for the ProZ.com Community Choice Awards 2016. Read more here and vote here.

Lilt is a brand new translation platform that was introduced only a few months ago. The platform is entirely cloud-based and combines human translations with machine translations. It has interesting features like auto-suggest based on previously translated segments and an intelligent pre-translation feature with smart tag placement that does not require editing segments anymore.
Lilt explicitly tries to shake up the translation industry. On the company info page it states: ‘Human translators can guarantee quality, but are comparatively slow and expensive. Machine translation is fast and cheap, but quality ranges from surprisingly good to comically bad. Somewhere between these two extremes is a human+machine partnership that can produce good translation quickly’. In other words, Lilt wants to provide faster and cheaper human translations by combining human and machine translations in one screen while adding technology to produce better results.

Currently, the platform does not support many languages, but it is progressively rolling them out.

@Lilt at @tenvcongres: UI based on eye tracking information. Disruptive in its own! pic.twitter.com/FWKPXNqGWq

To show the implications of this goal in real life Lilt set up a productivity contest against Trados. Five in-house English–French translators from e2f, a French translation agency that I know from experience has high quality standards, worked one hour with Trados and one hour in Lilt, after which the results were analyzed. The translations were coming from two different genres: UI strings from a software product and a hotel chain loyalty brochure.

In the case study (PDF) that was published on their website Lilt explains the study method in detail. As far as I can judge, it was a sound methodological approach, designed to prevent giving an unfair advantage to either tool while stimulating translators to translate unknown content as quickly and accurately as they could.

For the UI data, translators translated 21.9% more source text on average with Lilt while for the hotel data an increase of 13.6% was found. The maximum throughput was 33.2% vs 14.6% respectively. The table below, taken from the case study, shows the study results for the two genres after correction.

According to Lilt the maximum productivity was 1,367 raw words (before correction) per hour – a staggering amount. As the table above shows, an output of 762.6 to 991.3 words per hour was still measured after correction.

With about seven years in the industry I am quite a newbie. However, that experience, combined with my keen interest in translation technology, has enabled me over the years to explore new depths and to start working without any limitations. I soon learned from companies that a translator should translate about 2,000 words per day or 250 words an hour. I am not sure where this amount stems from but I think it is based on a standard from a couple of decades ago – before CAT tools made their way into our industry. Seven years ago 2,000 words per day was a maximum standard and translating more words was not only unthinkable but even undesirable.
Much has changed. Many companies I work for respect translators who are able to translate 3,000 words per day. The companies that try to win new clients by promising a turn-around time that had never been thought possible in the industry (or that is simply unreasonable), or who cut rates so far that they increase the throughput exponentially in order to earn a living, wish for or even demand a higher volume per day.

Among translators, standards have shifted as well. Where those who produced larger volumes a couple of years ago were regarded as ‘cheaters’ or unprofessional translators with low quality standards, well-known and high quality translators are now translating 4,000 words a day. The translation industry has broken adrift – even while groundbreaking technologies like machine translation are not yet fully employed and sometimes even rejected.

In the Lilt study one of the translators was able to translate 1,367 words in one hour – about 114 key strokes per minute. Because the study only took two hours it is difficult to make conclusions about daily output. Thirteen hundred sixty-seven words is nevertheless a huge amount, more than five times the old average of 250 words per hour. The amount of words is further confirmed by the results of the polls cited above, which were conducted before Lilt was even introduced. So yes, translating 1,000 words an hour is possible. Furthermore, I know two translators who are able to translate 1,000 words per hour – a confirmation from my own practice. I have been able to translate 1,000 new words (and even more in a few cases) per hour as well but that is only possible in certain circumstances: you need to have the right resources, a fast PC and translation memory, segments of the right length (segments with only two words seem to consume more time for updating the TM than segments with more words) and a good dose of coffee. But afterwards checking and editing will reduce the average amount so that a raw 1,000 words is different from a net 1,000 words per hour. And translating 1,000 words per hour does not necessarily mean that you will translate 8,000 words in an eight-hour working day.

I think that most translators are unable to produce 1,000 words per hour, but those who do, do not speak about it that loudly. I understand. Admitting that you are able to work as a robot almost automatically leads to questions about quality – even when you have always delivered the best possible translations (while translators with lower daily volumes can evidence the contrary in some cases). For me it won’t come as a surprise if more translators confess that they can handle 1,000 words per hour.

Is a higher volume the future?

To be sure, when I read the results of the Lilt study I became afraid. Publicly admitting that translators can produce more than 1,000 words per hour can quickly result in greater demands from the translation industry and a much higher burden. It also can reduce the quality of newly generated translations, which can influence society as a whole. If we sometimes are driven crazy with lower workloads, would we go mad from translating 1,000 words per hour? And if we’re already translating 1,000 words per hour, should we produce even more words to outperform our colleagues or to remain the preferred translator for our quick deliveries? These are questions that are still unanswered.
However, the future seems dark in some respects. The Lilt study speaks about translation productivity in terms of ‘throughput’ (a term used more by translators who are able to ‘produce’ 1,000 words per hour): it calls for associations of human robots, people that work like crazy to deal with an ever increasing workload.

On the other hand, it can also be said that there is not much to fear. In the past years technological developments have enabled us to increase our productivity from 2,000 to 4,000 words per day – an increase of 100%. A new increase with the same amount is far more difficult to reach, but perhaps the industry will enable us to do it without going insane. At the same time not every field will lend itself to similar work rates: some specializations will always be behind because of quality constraints. And finally, translators decide the productivity of the industry as a whole. Those who want to translate 2,000 words can still do that and be regarded for their quality, while those who translate the same amount in two hours can be regarded for their quality and fast delivery. They can even serve the same clients and work together, ensuring that every need is met.
Let translators do what they can (and want to) and let quality, rates and delivery be the imperatives for the whole industry.

Translation practice
How to deal with ethical dilemmas for freelance translators

Previous post How to deal with ethical dilemmas for freelance translators

The Demand to Reduce Quality