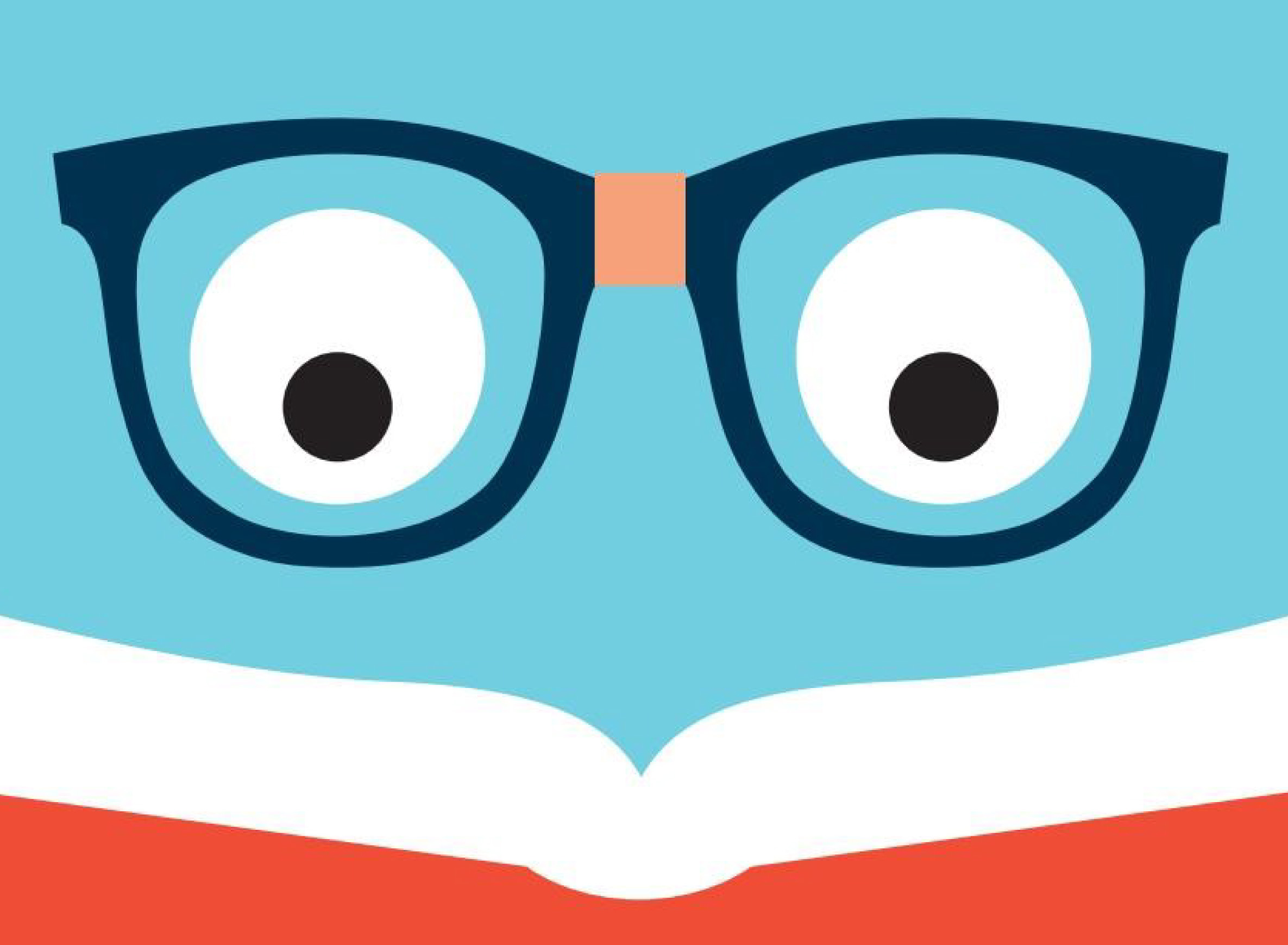 The fun of etymology

For translators and other language professionals, having a massive vocabulary is a necessity. Indeed, without an enormous lexis it is difficult to be creative in translations and avoid iterations. Possibly of less importance but still as useful is having knowledge of the origin of words. That is where etymology comes in. Despite its difficult name, the origin of words is not only useful but also interesting and sometimes utter fun. 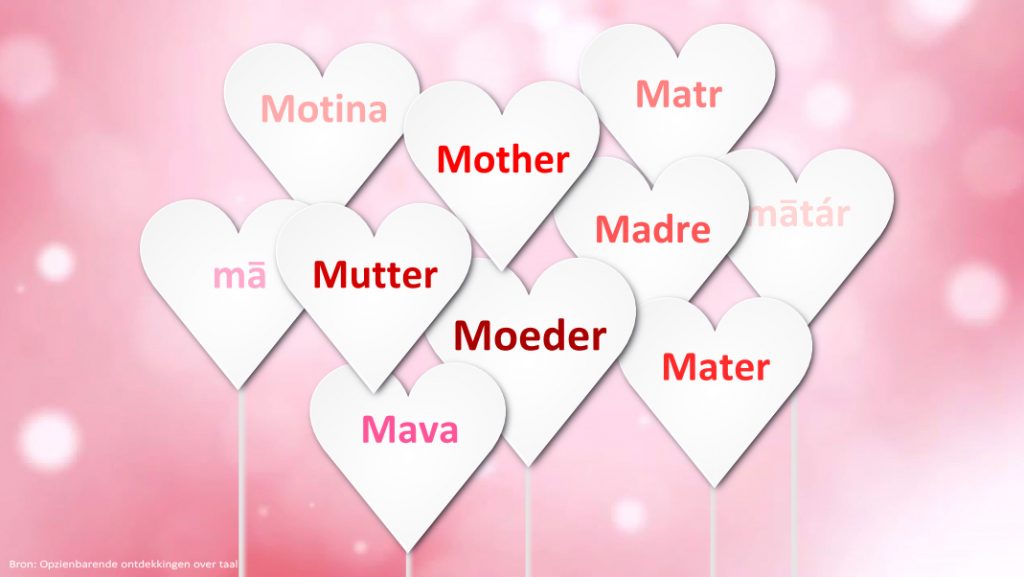 Many translators and copywriters I know are having fun with translating and writing, using their active and passive vocabularies to create remarkable pieces of work for their clients. But despite their active involvement in applying and shaping language they often do not realize where words come from or how their meaning has changed over time. That, however, is quite an interesting issue. Indeed, knowledge of the history of a certain word – or its sensitivity in certain contexts – can make you look differently at that particular word, avoiding it altogether or considering the use of synonyms.

While many translators and other language professionals use words quite superficially, there is a field of research that looks into single words with more depth and curiosity: the field of etymology. Faculties of linguistics at universities often have at least one professor who specializes in the origin of words.
Although most people find both their field (linguistics), their work (research) and their specialization (looking in-depth to the history of single words) dusty, they sometimes come up with interesting and even refreshing insights.
One famous linguist specializing in etymology is Nicoline van der Sijs. In a massive project with the help of over one hundred volunteers she has digitized the oldest Dutch translation of the Holy Bible, looking for interesting links between the usage of words then and now.
However, despite the interesting results and findings from similar research, refreshing insights in the original meaning of words still does not gain much attention from either translators or copywriters.

There is a reason for the lack of interest in etymology: the field does not sound very fancy and most language professionals are full-time busy getting their work done. At the same time almost 100% of the texts do not require intensive research into the origin of words. Etymology therefore is still regarded as a mere area for hobbyists rather than a field that can bring interesting and useful insights to translators.

One of the ways to change that is by writing about it in a popular fashion. And that is exactly what Sterre Leufkens en Marten van der Meulen do at their blog “De Taalpassie” (“A passion for language”). Both language enthusiast write about language regularly, sharing new insights and making language and dusty research accessible to a much wider public than many scientific researchers do.
In their recently published book “Opzienbarende ontdekkingen over taal” (“Startling discoveries about language”) they write in an easy way about heavy topics like how your brain works in communicating, how computational literature enables unbelievable discoveries, and how the way birds learn to sing is similar to the way babies learn to talk.
Without becoming too heavy they explain scientific technologies, and profound research and linguistical developments in a way that is comprehensible to a wide audience.

They therefore do not avoid bold statements like this one: the Chinese, Russian and Latin scripts are actually the same. Indeed, as research shows every writing system has signs that have a sound or a particular meaning. All signs look different, but they still share basic features. According to a group of American researchers, all those signs – no matter whether they are the 26 letters of the Dutch alphabet, the 47 signs of the Devanagari writing system or the 1000 characters in Chinese writing – are made by one to four strokes of the pen. The combination of two pen strokes is used most in all languages, but there are only three ways to combine them. With two strokes of the pen you can basically write a T, an X or an L. Every other combination is a variant.
Even more interesting is the statement that the L and T characters occur more than the X character because the T and L strokes are more present in nature. While people seem to translate objects in nature into their basic forms, they unconsciously link these objects to writing. Sounds strange, doesn’t it? Not with the explanation that there is one specific place in our brains that processes all the signs we read – whether they are in Chinese, Dutch or English. That place in our brain is next to the part of our brain that processes 3D.
In conclusion, all writing systems are eventually based on human observation, which is the same for everyone. That explains why all writing systems use the same underlying symbols.

Another startling fact is that the Dutch language has many borrowed words, ranging from algebra (Arabic) to museum (Latin) and zebra (Portuguese). However, while using many words that originated from other languages, the Dutch were even better in loaning words to other languages. In 1,000 years the Dutch language offered more than 10,000 words to a total of 138 different languages.
Why? Simply because The Netherlands is a trading nation that once was influential in a big part of the world. That is why many languages are using words nowadays that are directly related to their Dutch origin. And if you know that The Netherlands have always been a maritime nation, it might not be a surprise that many words (not all of the above) that the Dutch gave to many other languages, all over the world, are related to the sea. 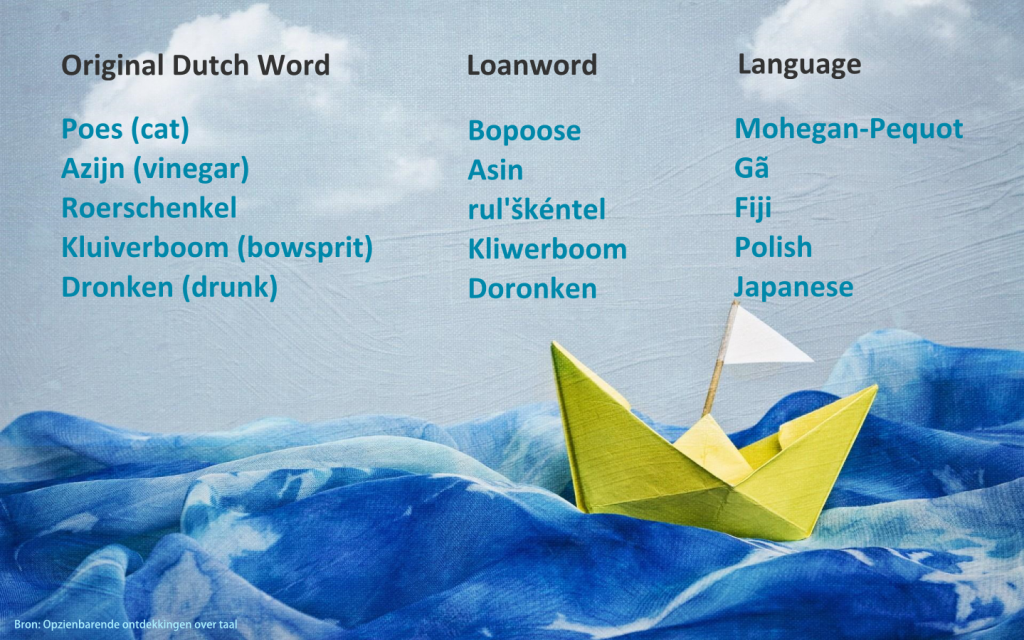 The added value of etymology for translators

So etymology can reveal much about the history of language and is, if presented in an approachable way, much more fun than you might expect at first sight. The great merit of “Opzienbarende ontdekkingen over taal” is that it makes etymology and other interesting and otherwise dusty aspects of language much fancier – and hence more fun to learn.
The more translators know about the origin of a word, the better they can apply this knowledge to their translations. It also enables them to find synonyms for certain words or to better guess the meaning of unknown words in specific contexts. If you do not know what a particular word means but see a relation with a word you already know, you can easier find a translation for it. Seeing relationships between certain words can make your work easier and more informative, while it enables you to translate more creatively. Even if you do not know the exact relationship of a word, you can apply some etymological rules of play to detect relationships near and far. Language is not math, but there is more logic than you might expect.

This article is a review of “Opzienbarende ontdekkingen over taal” (“Startling Discoveries about Language”) by Milfje Meulskens. Please find a preview below or buy the book here.