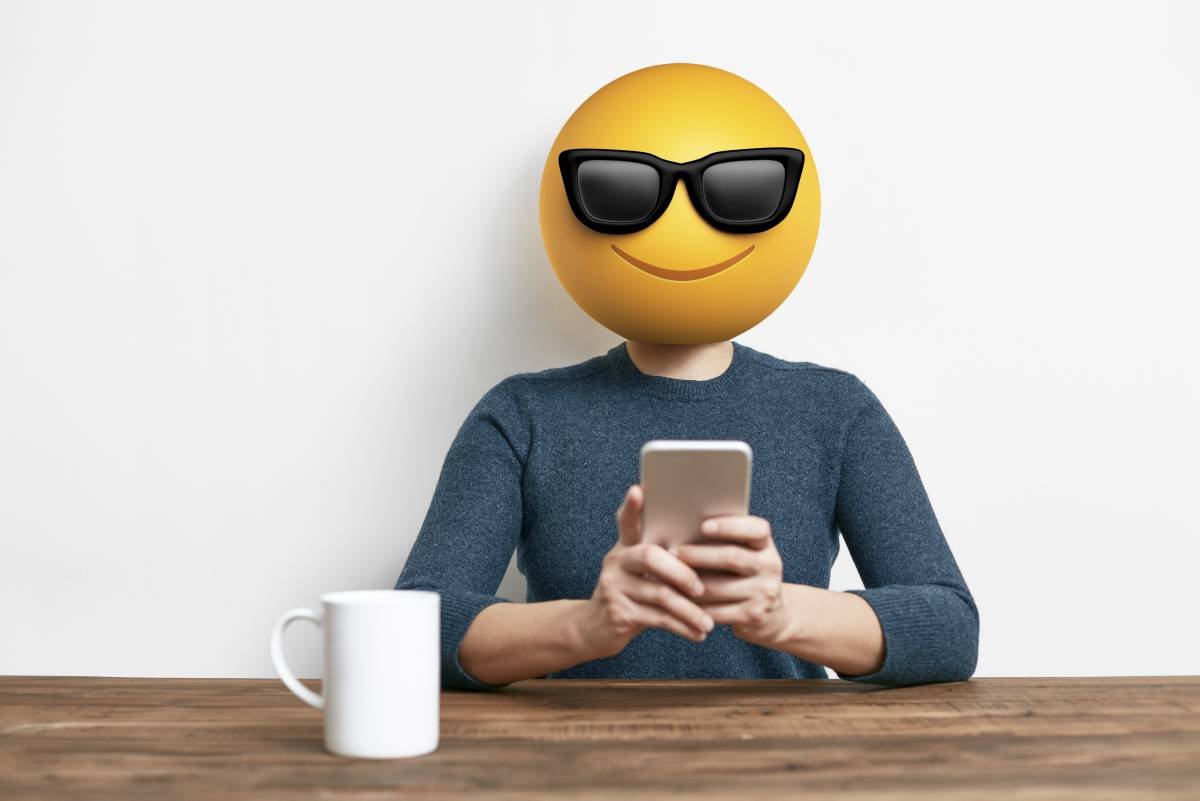 Thanks to the popularity of social media, it is impossible to imagine life without Emojis. Meanwhile, real attempts are being made to translate literature into smileys. How well does that work?

The evolution of emojis

When the mobile phone was just emerging, smileys offered a simple (and cheap) way to make clear what you thought of something. With the rise of the smartphone and all kinds of social media, emojis (to be pronounced as: emodjies) have become even more popular.
In the meantime, they are no longer only used to express emotions, but above all to communicate as concisely and as expressively as possible. Whereas we used to be able to communicate with yellow circles with curled corners of our mouths, nowadays we also share our feelings by faces with eyebrows, a broad grin or a mouth full of teeth. Emojis have become so self-evident that they appear almost everywhere, including in business communications. So, emancipation has become part of our language.

Yet emojis are not a universal language, according to emojioneer Lilian Stolk last year when she published her Het zonder woorden boek (The Book without Words). She sees that emotions can still cause confusion. ‘Some of them are very clear, but others are very subjective. They are too dependent on the context. It is precisely because emojis are only used in apps that misunderstandings arise. After all, the receiver lacks the corresponding facial expressions and the emphasis. What the transmitter means as a joke can very easily be misinterpreted’.
In addition, everyone gives their own meaning to emojis. This allows the receiver to understand something completely different from what the transmitter intended. So it is not necessarily the case that the emotions of the emoji are enlightening — they can sometimes lead to a confusion in speech.

Whether confusing or not, emojis remain extremely popular, so popular that worldwide attempts are even being made to translate literature with emoji and other symbols. It has to be said that one translator is not the other. In 2016 a programmer came up with a version of the Bible in which he mainly used emojis. The project elicited unsurprising reactions and, among conservative Christians, could count on condemnation. The maker chose to write certain parts of the text down in text language and to use emojis for some of the words. So his version contained not only images, but also a lot of text.

The American Fred Benenson took a very different approach. He ‘wrote’ Emoji Dick, a translation of Moby Dick, the world-famous novel about the hunting of white sperm whales. He reduced the content of the book to its essence by converting every sentence into pictograms. The almost 6,500 sentences from the original text have been replaced by emojis. The result is a large book with endless lines of pictures of boats, fish, hand gestures and other pictograms. If you compare the source text with the translation, you will see at a glance an important disadvantage of an emoji translation: a sentence of three words leads to a translation with five pictograms, while a flowery sentence of forty words is summarised in four pictograms.

Fortunately for translators, the number of emojis continues to grow. In 2018 alone, Unicode’s emoji working group, the organisation behind the international standard for converting graphics and symbols into computer code, will introduce 157 new emojis. Recently, the standard ‘Emoji 11.0’ was introduced. This includes redheaded emojis, a superhero, a villain, a mango and a magnet. All of these emojis will soon be available in WhatsApp, on Facebook and in other apps. They offer plenty of inspiration and opportunities for emoji translators.

But despite all efforts, comprehensibility remains the most important problem with translation into smileys and other pictograms. Anyone who sees a ‘text’ that only consists of pictures must be well read in order to understand the story. It takes a lot of imagination to recognize the well-known sentence ‘Call me Ismael’ from Moby Dick in a sentence with a phone and a puppet.
This problem also arises in the case of poems – another popular area among emojivertalists. Without context it is very complicated to see the ‘rows of unthinkably thin poplars’ of Marsman in three tree icons. Readers could even find the ‘bending trees’ of Guido Gezelle in them. Despite all the efforts of a ‘translator’, a poem or book in emoji form only raises questions. The emotions that poets and authors want to evoke, on the other hand, remain untouched.
Thus for the time being, translating into emojis will remain a hobby for programmers and language lovers who explore the possibilities of imagery. Translating into emojis remains a mission impossible. 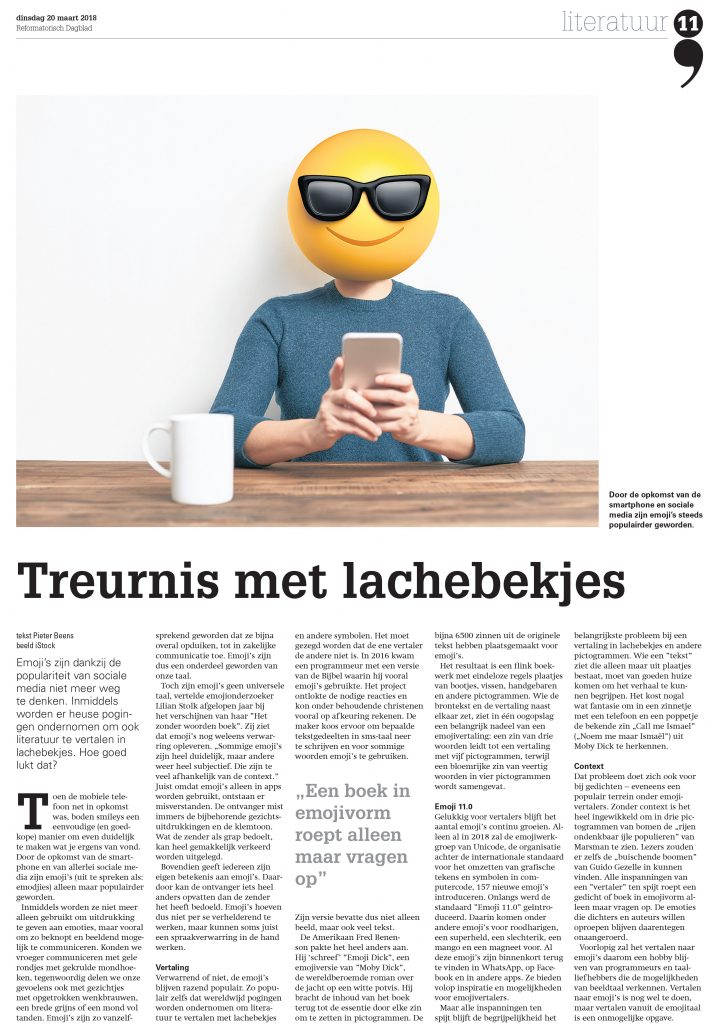