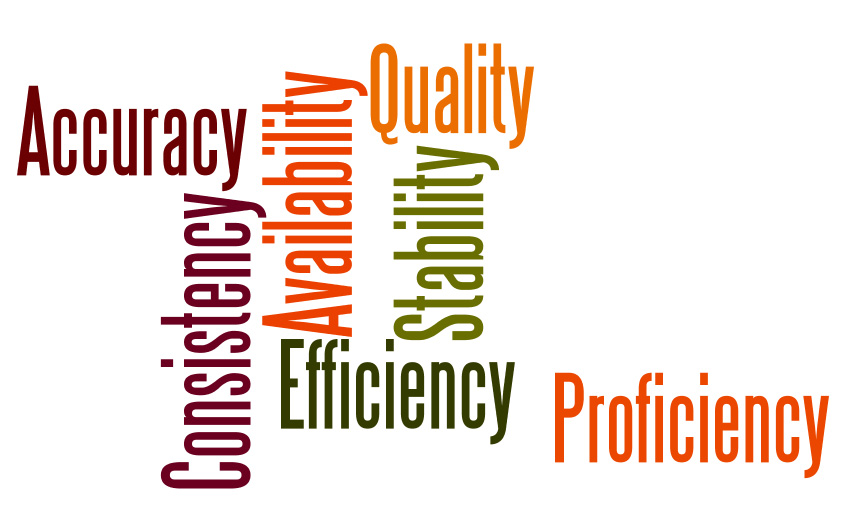 Seven reasons why app developers should have dedicated localization teams

App localization requires experience and dedication. Indeed translators who lack knowledge in app localization can soon get lost under an avalanche of terms, internal documents and new project files. The chances of getting lost under a pile of work and unfamiliar terms is even greater when translators step into a project that is almost halfway completed or that has been going on for years already. This is not only annoying for translators but for app developers, while the user experience can also be affected negatively. To avoid this problem, app developers should first focus on stability, quality and efficiency rather than merely looking at the costs of linguistic professionals. Costs are equally important but best practice for app developers is to take that into consideration only at the start of a project. This article describes seven reasons why app developers should have dedicated localization teams.

The first reason for a dedicated localization team that underpins all other reasons is stability. For app developers looking to reach out to a worldwide audience and to gain market share stability is very important. Unstable language teams will have a negative impact on efficiency, internal knowledge, targets and deadlines. In contrast, stable teams anticipate each other and know all the ins and outs of the apps they localize. Users will see that difference or will, at least, benefit from it subconsciously. A major app developer I worked for in the past three years chose a translation agency that outsourced its work to a smaller translation agency, which in turn hired me as well as some other translators. The smaller agency did not use contracts and chose the first available translator. The result: Both formal and informal communication to the same audience with formal and informal articles in the same newsletter, several translations for the same term within one app and even on the same screen, and a clear difference in accuracy. These problems could have been avoided by creating one team and one overall style and terminology guide.

Consistency in apps is a very important. In the example above there was a clear lack in consistency within the app and related texts. Creating a localization team, however, binds every localizer to the same rules of play while the team is also connected by a shared goal and shared commitments. A team needs to grow into the work during the first months but soon all members speak the same language and commit themselves to the same style guide and terminology. Problems and issues can be solved internally, which leads to even more clarity and certainty. The result is consistent app localizations.

A small app can have a small team and a big app can have a bigger team, although the size of a team often goes hand in hand with a decrease in accuracy and consistency. Nevertheless an app developer should at least have one backup localizer in case the lead linguist is not available. That way he avoids delays in app introductions and ensures there is always someone who can advise in urgent matters. By having a backup localizer app developers also ensure that the second linguist knows the style and terminology used in the app by default. When app developers only look for a new linguist when the previous one has passed away they can risk consistency, accuracy and quality problems.

Accuracy is very important in app localization. A wrongly translated term can result in a bad user experience and can hold even more severe implications. Many app users will drop an app simply because their user experience has been bad once or twice. A lead linguist or reviewer checking the quality of new translations will enhance the accuracy of app strings and prevent the occurrence of mistakes in app releases.

App localization teams often are highly skilled. During the project they will, at the very least, grow in competencies and skills. By creating one dedicated localization team, albeit one with only two members, app developers ensure the availability and development of proficiency. Best practice is to look for app localizers who are proficient in app localization, tools used and terminology as well as familiarity with the field in which the app is to be released.

The longer a dedicated team works on a particular project the higher their daily output will be. App localizers will instantly recognize terms and syntax so they can easily and efficiently translate them. Working in a team also avoids sending out project instructions over and over and sharing term bases and translation memories again and again because localization projects are outsourced to ever-changing new members.

Quality is the sum of all the reasons above. By creating a dedicated localization team that speaks the language of the audience app developers ensure that their app is adapted to their worldwide users in the way they want. Consistency, availability, accuracy, proficiency and efficiency all lead to better apps. A good localization is not a guarantee for success but it will at least have a positive effect on the user experience. Stability in a team ensures that team members know everything about the app and the company behind it. App localizers committed to quality commit themselves to the app as well. The result: A qualitatively better app.

Costs for a dedicated localization team

In the introduction to this article I stated that the costs for a localization team are secondary to quality and efficiency but that they are equally important nevertheless. That sounds like a contradiction but it isn’t: In the localization and translation world there is often a clear relation between cheaper translators and a lack of quality. In other words, value for money often decreases when budget translators enter the picture. App developers should bear that in mind when creating a team of localization experts. They often have a limited budget and margins on apps are low, but their profit could decrease if they only consider price when selecting new team members. Experience and proficiency are more important considerations than costs because those aspects can ensure quality while the mere word rate of localizers cannot. At the same time price is a key consideration so app developers still need to take their budgets into account. Best practice is to look for experienced localizers whose word rate is average. To cut costs and increase margins app developers should start with a team of only one lead linguist who is able to create a style and terminology guide, backed up by a reviewer. It is possible to extend the team later but changing teams again and again should be discouraged because lower priced translators are introduced; this has a negative effect on stability, efficiency and accuracy and thus on quality. The rule of thumb: Start with two, extend if needed and never fire senior translators unless they really prove to have a bad impact on your app company.

Sorry, the comment form is closed at this time.