Home / Translation practice  / Are we ready to embrace the future?

The importance of now for the future

It is needless to say that the future is important to all of us. But if we want to be prepared for what the future will bring to us we should start now to adapt. That is where the question comes in of whether we are ready to embrace the future. In this regard, the organization of the Tolk-en vertaalcongres (Dutch for “Translator’s and Interpreter’s Conference”) did a good job choosing this topic as the main theme of the bi-annual conference in The Netherlands.
The theme is also important because many professionals in the translation industry are struggling with the future. They are working hard to complete their current jobs aseffectively as possible and trying to adapt to current changes in the legal and technological environment. However, all these jobs and changes are so demanding that it sometimes is simply impossible to focus on the future as well. But if we are here to stay amid technological breakthroughs like the emergence of machine translation and other disruptive inventions, we should be preparing for the future already. It sounds like a cliché, but in the end the future is now already. 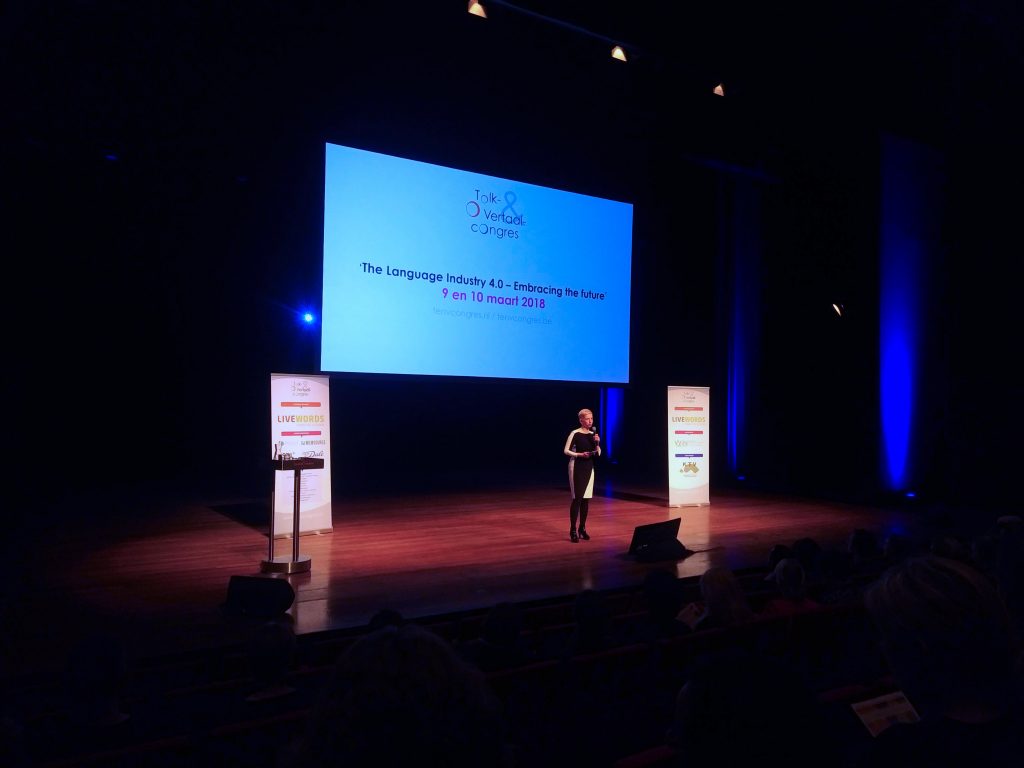 Focus on the future

During the two days of the conference in Breda many professionals from inside and outside the industry shed some light on what is going on in the society as a whole and in the language industry in particular. Hundreds of professionals, mainly from The Netherlands and Belgium, attended workshops and lectures on new developments with respect to interpreting software, the global business environment, and CAT tools. I myself can say that almost all the workshops I attended were informational, from the keynote speech by futurologist Willem Peter de Ridder on what technological advances at this moment can shape the future, to a non-technical (but still very technical) tour under the hood of Neural Machine Translation.

All these lectures and workshops made clear that there are many things at stake in the translation and interpreting industries. There are so many new inventions, initiatives to improve productivity and efficiency in the translation industry, and other advances that touch base with the the industry that doing nothing is no longer an option.

During the conference I spoke with many colleagues about how they perceive change and how they deal with it. What struck me were the responses from some professionals during the keynote speeches on what the future is going to bring and what this time offers already. Simply following the news outlets we learn that there are many new inventions introduced that can turn whole industries upside down, like the invention of robots for the healthcare industry or even the introduction of small computers that can act as live interpreters.
Yet a great many people appeared to be astonished by the fact that simple “translation computers” like Travis and ili do exist. They did not know until then that some wild dreams about the future had already come into existence. 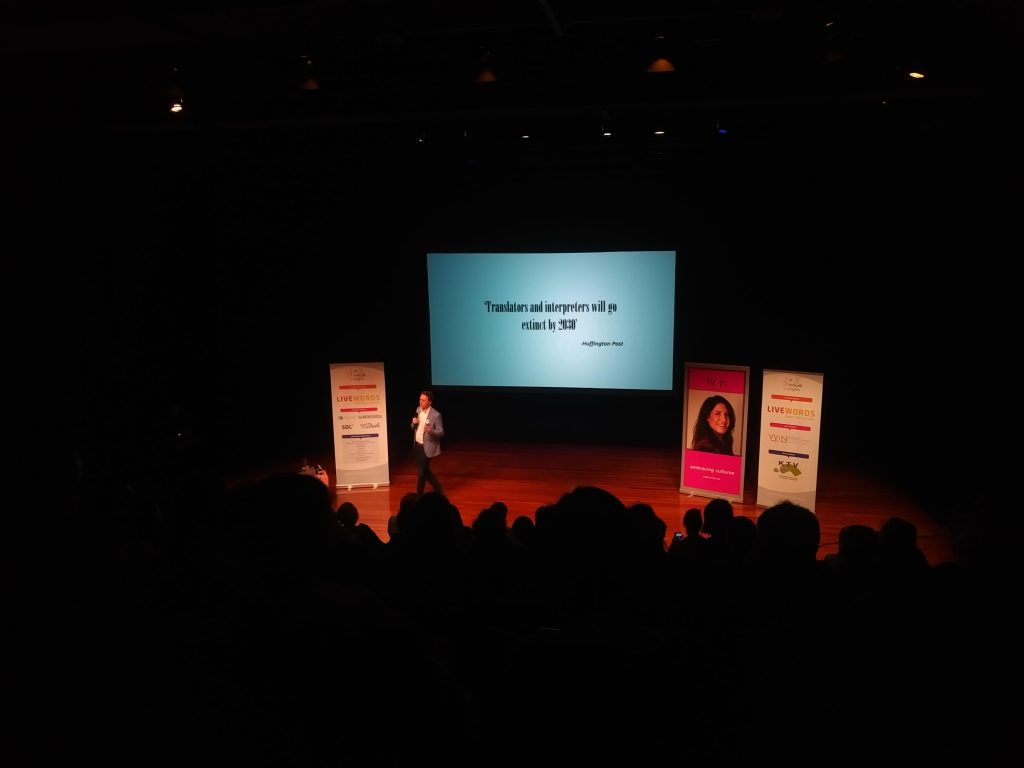 After a day of listening and debating one thing seemed clear to me: we are not yet ready to embrace the future. While the technology is there already, people are the weak link. They are not yet able or prepared to embrace the future, but are mostly waiting passively until the future becomes the present. It is a quite common way of reacting to change and disruption, and although the future holds not only promises of technological blessings, technology will definitely change the landscape. I do not know when the change will definitely strike, but it will. Until then translators (and interpreters) could better prepare for the impacts to come by at least showing interest in what happens now: dive into it to get some grip on it. If they don’t do that they will be outplayed by people who have embraced the future already while they only retain a position on the margins.

Next post Unveiling the details of a Bible translation

Unveiling the details of a Bible translation