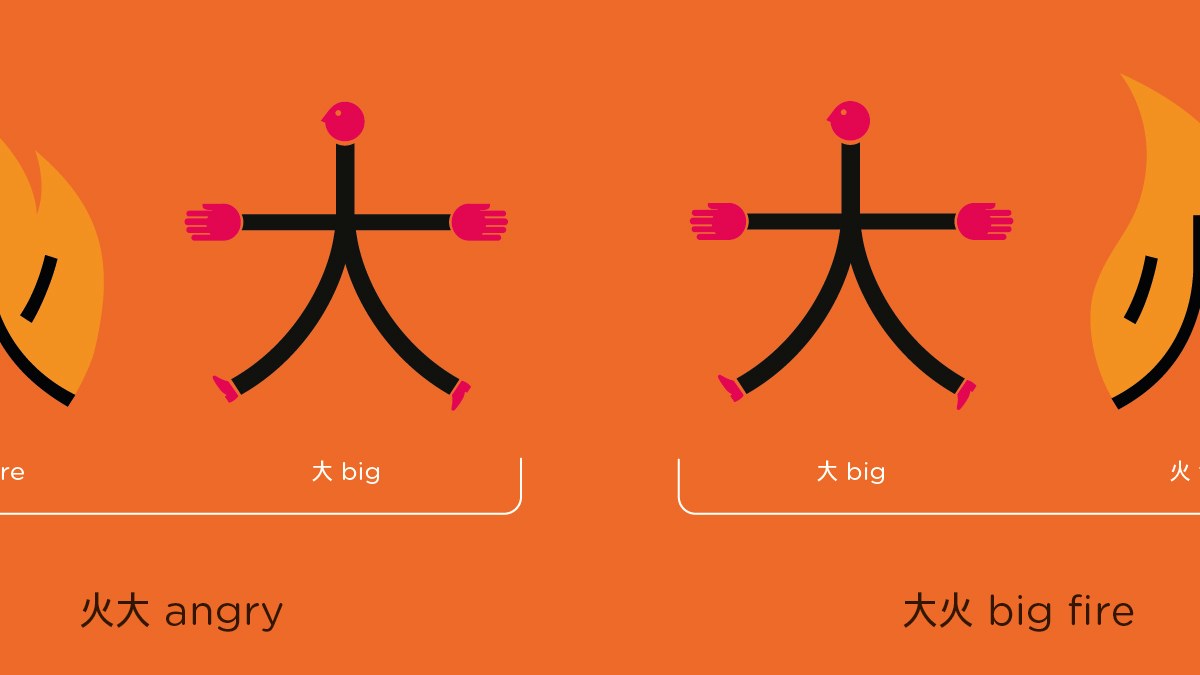 Russian, Chinese and Korean: these are not the easiest languages to learn. Yet they are becoming increasingly important as the countries where these languages are spoken gain financial and military influence. If you don’t have a talent for language, you can expand your vocabulary in a playful way.

Learning a foreign language is complicated. After all, you not only have to learn some words, but also master grammar. If the language has a different alphabet than your native language, it becomes even more complicated: students have to learn all the letters once again. When these hurdles have been overcome, you only know the language on paper. However, good language proficiency depends on good pronunciation too.
Furthermore you only really understand a language if you also get to know the culture in which it is spoken. Knowing a language and understanding it are therefore two very different things. This may explain why many people find studying languages dusty and uninteresting. A study like business economics or medicine often seems to offer a much more concrete return.
Yet knowledge of a second language can be very valuable. Many vacancies require knowledge of another language, such as French, German or English. 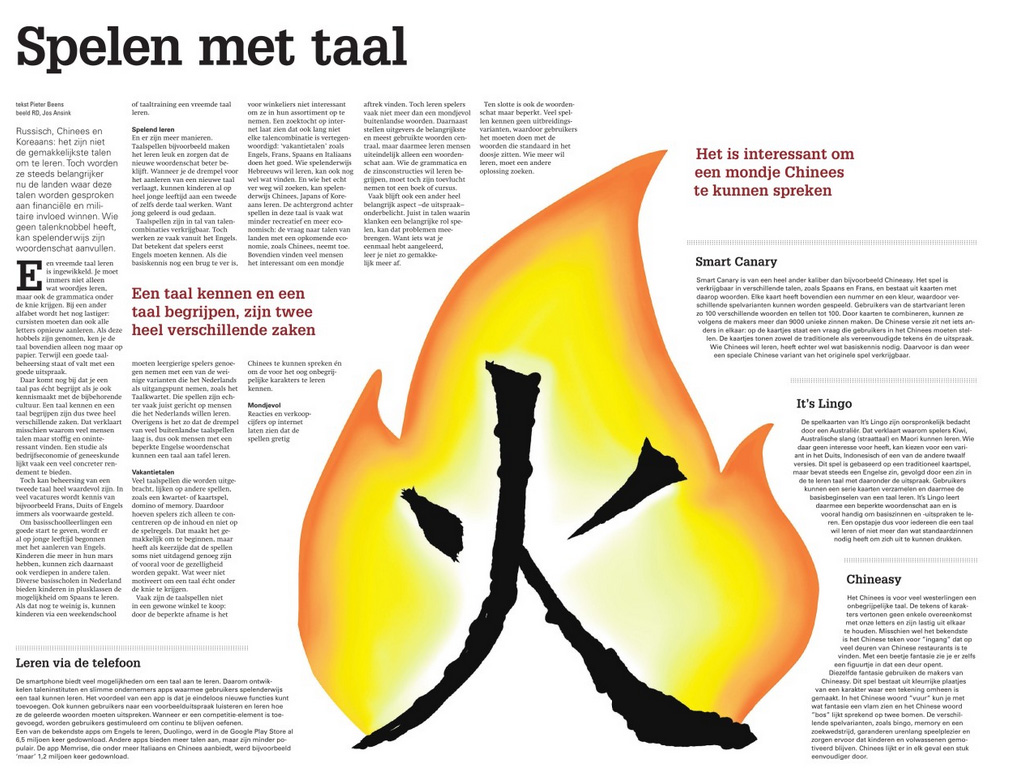 This article was published in a slightly modified article in Reformatorisch Dagblad on September 29.

In order to give primary school pupils a good start, some schools are educating in different languages. For instance several primary schools in the Netherlands offer children in plus classes the opportunity to learn Spanish. If that is still too little, children can learn a foreign language through a weekend school or language training.
Yet there are other ways to learn a language. One way to make language fun and ensure that the new vocabulary becomes familiar is through language games. By lowering the step for learning a new language, children can work on a second or even a third language at a very early age, because learning things young can help you when you grow old.
The language games offered are available in many language combinations. Yet they often work from English. This means that players must first be able to learn English before they can learn a new language. If that is a step too far, inquisitive players should settle for one of the few variants that take a native language as their starting point. However, these games are often aimed at people who want to learn that native language – not at people who want to learn a second language.

Many language games released are similar to other games, such as a quartet or card game, dominos, or memory. This means players only have to concentrate on the content and not on the rules of the game. This lowers the threshold for the games, but has the downside of the games sometimes not being sufficiently challenging or being mainly played for fun. That does not motivate a student to really master a language.
Often language games are also not for sale in an ordinary shop: owing to the limited market it is not worthwhile for retailers to include the games in their range of products. A search on the internet shows that not every language combination is represented: ‘holiday languages’ such as English, French, Spanish and Italian are doing well. If you want to learn Hebrew in a playful way, you can also find something. And if you really want to extend your reach, you can learn Chinese, Japanese or Korean in a playful way. The background behind games in these languages is often less recreational and more economic: the demand for languages of countries with an emerging economy, such as Chinese, is increasing. Moreover, many people find it interesting to be able to speak a little Chinese and to get to know the apparently incomprehensible characters.

Reactions and sales figures on the internet show that the games are eagerly sought after. Yet players often learn no more than a mouthful of foreign words. In addition, the games mainly focus on vocabulary: publishers choose the most important and most frequently used words, but ultimately one only learns vocabulary. If you want to understand grammar and sentence construction, you still have to resort to a book or course. Frequently, another very important aspect – the pronunciation – is also inaccessible. In languages in which sounds play an important role, this can cause significant problems because once you have supplied something, you don’t learn it as easily anymore. Finally, the vocabulary is also limited. Many games do not have expansion variants, so users have to deal with the words that come as standard in the game. If you want to learn more, you have to find another solution.

Learning a language with your phone

The smartphone offers many possibilities to learn a language. That’s why language institutes and smart entrepreneurs develop apps that allow users to learn a language in a playful way. The advantage of an app is that you can add endless new functions. Users can also listen to a sample pronunciation and learn how to pronounce the words learned. By adding a competitive element, users are encouraged to keep practising.
One of the best-known English learning apps, Duolingo, has already been downloaded 6.5 million times from the Google Play Store. Other apps offer more languages but are less popular. For example, the Memrise app, which offers Italian and Chinese, was downloaded ‘only’ 1.2 million times. 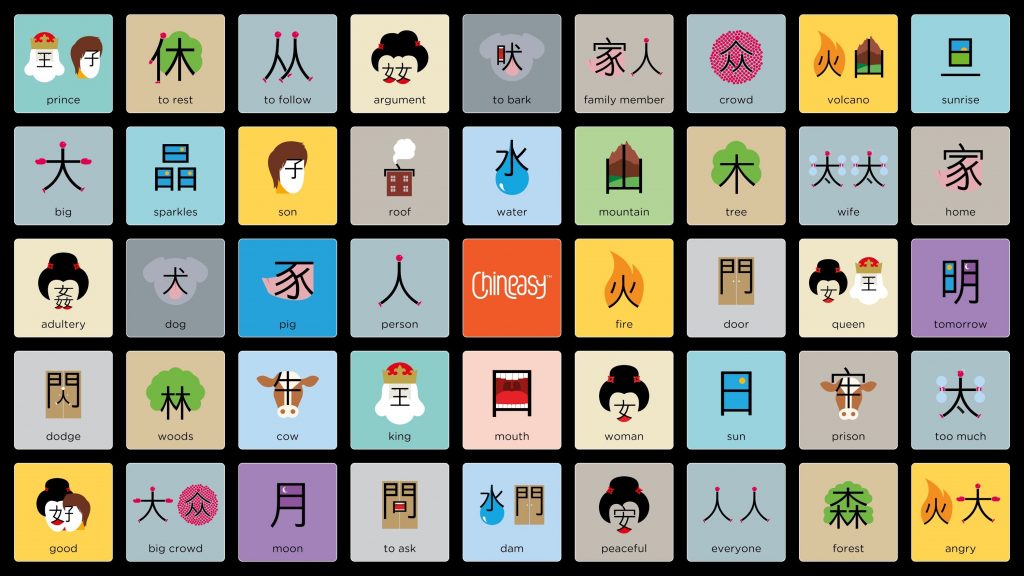 Chinese is an incomprehensible language for many Westerners. The signs (‘characters’) bear no resemblance to our letters and are difficult to distinguish. Perhaps best known is the Chinese sign for ‘Entrance’ that can be found on many doors of Chinese restaurants. With a little imagination you even see a little figure in it that opens a door.
The same fantasy is used by the makers of Chineasy. This game consists of colourful pictures of a character around which a drawing is made. In the Chinese word ‘fire’ (火) you can see a flame with some imagination and the Chinese word ‘forest’ (林) looks like two trees. The different game variants, such as bingo, memory and a search contest, guarantee hours of fun and keep children and adults motivated. In any case, Chinese seems a lot easier.

Smart Canary is of a very different calibre. The game is available in different languages, such as Spanish and French, and consists of cards with words on them. Each card also has a number and a colour, allowing different game variants to be played. Users of the start variant learn 100 different words and count up to 100. By combining cards, the makers say that learners can make more than 9,000 unique sentences. The Chinese version is slightly different: the cards contain a question that users have to ask in Chinese. The cards show both the traditional and simplified characters and the pronunciation. However, anyone who wants to learn Chinese needs some basic knowledge. A special Chinese version of the original game is available for this purpose.

The cards of It’s Lingo were originally invented by an Australian. That explains why players can learn Kiwi, Australian slang and Maori. If you are not interested, you can choose a variant in German, Indonesian or one of the other 12 versions. This game is based on a traditional card game, but always contains an English sentence, followed by a sentence in the language to be learned with the pronunciation below. Users can collect a series of cards to learn the basics of a language. It’s Lingo offers a limited vocabulary and is especially useful for learning basic phrases and pronunciations. It’s a stepping stone for anyone who wants to learn a language or does not need more than a few standard phrases to make themselves clear.