How to export a Memsource TM in Trados Studio

Why should you export your Memsource translations?

A second thing to note is that Trados Studio by default doesn’t allow to open Memsource mxliff files. You can easily edit this setting to open mxliff files in Trados by following this short procedure:

To make it easier to find the mxliff Trados feature: 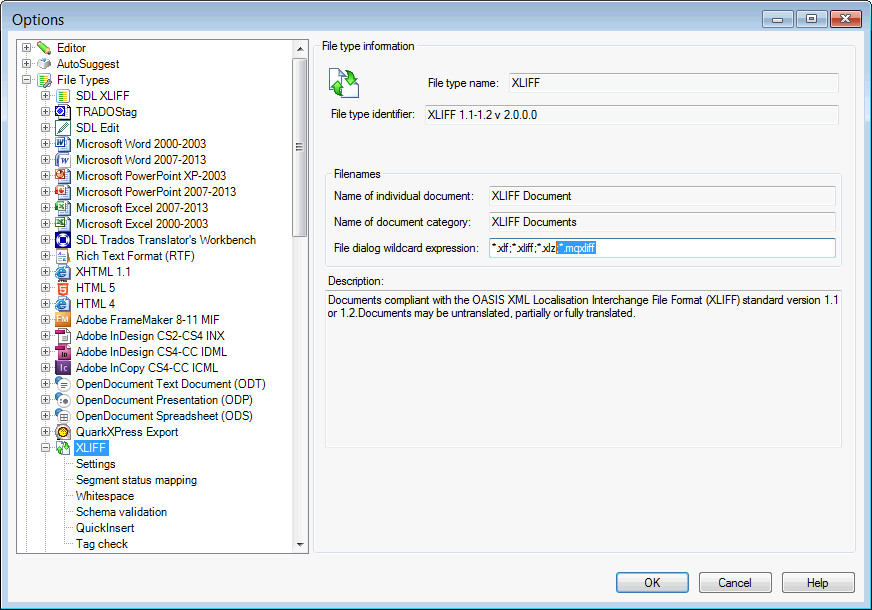 In order to make the most of this you also need to download and install Sdlxliff2Tmx from SDL Open Exchange. This great peace of software is an additional program that converts bilingual SDLxliff files (the native Trados Studio file format) into translation memory exports (*.tmx). It works fast and will speed up the process of exporting the Memsource TM.

Mxliff Trados and the exporting process

If you added the *.mxliff extension and installed Sdlxliff2Tmx you’re almost done. Now you need to open the translated Memsource files in Trados Studio. You will then see the normal interface with at the left the source language. In the right column you will see your translations. Please note that it is a requirement to open translated files. If you open an untranslated file, there is nothing to export.
If you have opened the file, save it (Ctrl+S). Trados Studio now saves the file to a *.sdlxliff file.
Open Sdlxliff2Tmx, drag and drop the *sdlxliff file and click on “Run”. I recommend you to deselect the box that asks to copy the source segment to empty segments in the *.sdlxliff file. Sdlxliff2Tmx now creates a .tmx file that you can import in other TMs. Done!