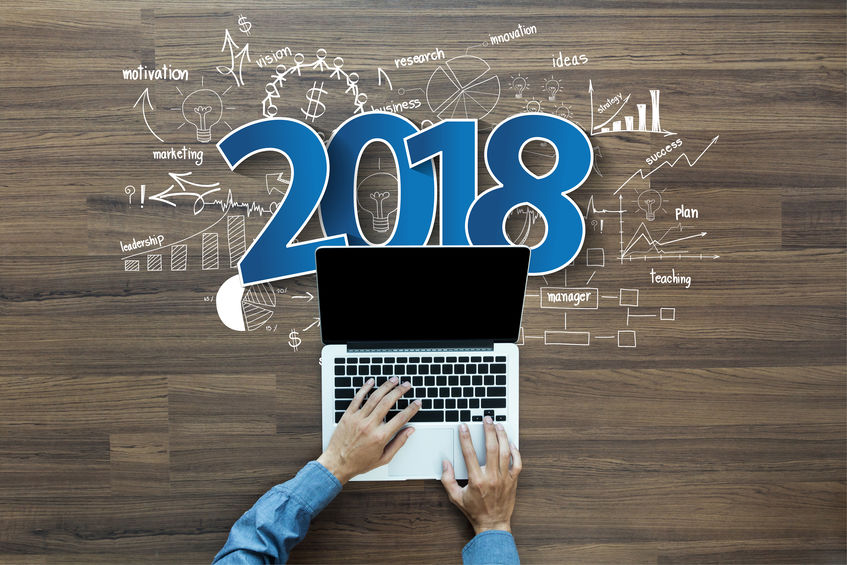 It’s December and we have less than three weeks to go until this year comes to an end to reflect on what happened in the translation industry in the year past. What defined our industry and which developments took place that will influence the foreseeable future and beyond?

Reflecting on another year in the translation industry

December traditionally is a month of reflection, with top lists and charts popping up almost every year. Readers of this weblog know that December reflections are almost a little tradition here, with a ‘State of the industry’ or trend overview for a couple of years now. This year is no exception: in this blog post I will list five trends that defined the translation industry in 2018. It may be no surprise that in an industry such as the translation industry, no disruptive changes are apparent as in other industries. Instead, the trends listed in this small corner of the industry contain striking similarities to my overview of the translation industry in 2017. Nevertheless, there is much to say about what happened in the past year and what can endure for the remainder of the year, work through 2019 or leave their mark for even longer. Nobody will know the impact of developments that took place this year, but some huge debates were sparked – which makes these events worthy of being considered, or even studied.

1. A continuing rise of Machine Translation (and a lack of acceptance)

Since the enormous rise of the Bitcoin, companies have shown an increasing interest in the underlying technology – the blockchain. Although the blockchain technology is about ten years old already, companies are only now beginning to see its benefits. And when a new technology is embraced in other industries, pioneering translators and visionaries in the translation industry are never far away. On Slator.com and The Open Mic some industry professionals have debated the endless possibilities in terms of transparency and accountability that the blockchain. Until now these visions are at the level of fantasies and daydreams, but with the blockchain gaining ground and companies investing huge amounts in developing their own blockchain technologies there is still a chance that the technology behind cryptocurrencies will finally hit the translation industry as well. Nobody can envision how disruptive or groundbreaking it will be in our industry and it can even be doubted whether it will reach the translation industry, but in 2018 the first fusion of our industry with this new technology was envisioned. Perhaps it will open doors in the future.

Mobile devices cannot be done without anymore. Almost everyone owns a smartphone or tablet – or both. Initially, these smart devices only served as entertainment and for simple business tasks like using email. However, more and more CAT tools and translation project management apps have become available for mobile devices. Memsource’s announcement of a mobile app for translations sounded very promising, but in the end only turned out to be an app for project management. However, SDL has its Online Translation Editor, MemoQ can be used online, and Smartling, SmartCat and Lilt are native web apps where translators can do their jobs. In other words: CAT tools are no longer available on desktops only, but can be used on the go as well. They still do not work as intuitively or as easily as their more mature family members, but they do serve a purpose and can be of real help when a task needs to be completed online.
With the introduction of Hey MemoQ there is also a marriage of mobile apps and desktop apps in the making, but Hey MemoQ is currently only available for iPhone users. In any case, smartphones and tablets will gain more ground in the future. While SDL and Kilgray both introduced new versions of SDL Trados Studio and MemoQ respectively, the future may lie in the use of web-based CAT tools. Maybe 2019 will show a shift in the adoption of desktop-based translation software to CAT tools in the cloud.

In an era in which technologies are defining the success and survival of a company, translation agencies are seeking to expand their foothold by merging with and acquiring competitors. In the past year a few big mergers and acquisitions took place or were completed with SDL acquiring Donnelley Language Solutions at USD 77.5 million, TransPerfect buying TranslateNow and Moravia rebranding to RWS following an acquisition.
Of course there is still room for small companies, but large companies are looking for new candidates for acquisition all the time in order to serve their clients better and improve their bottom lines. In the end, a translation agency is a company and some of these companies are joining investment rounds or raising IPOs with the ultimate goal of becoming publicly owned. This might give rise to questions about the resulting translation as the pressure of shareholders for higher profits can result in lower rates or technological requirements that impact the quality of translations. However, that is not a settled matter and the future will bring more details about how the size and capital of a translation agency will impact the quality of a translation.

5. The rates. Always the rates

And then there are the rates. Always the rates. With debates about the right way to pay translators (hourly or per word) and the impact of technology on rates even after years of fierce discussions, there is no consensus about what a translator is worth and how they should be compensated (the word “compensation” might even sound derogatory in this context). Yet, despite companies increasing the pressure on translators to lower their rates there is also a counter movement taking place. While translators do not often discuss rates online there seems to be a consensus that the bottom has now been reached and translators deserve a better rate than clients demand. At the same time it seems that clients are valuing the work of translators more than ever – maybe as a result of the improved economy and awareness about the impact of poor translations. The rates discussion won’t end in 2019 either, but at least the bottom seems to have been hit and translation professionals can look forward to some light at the end of the tunnel.