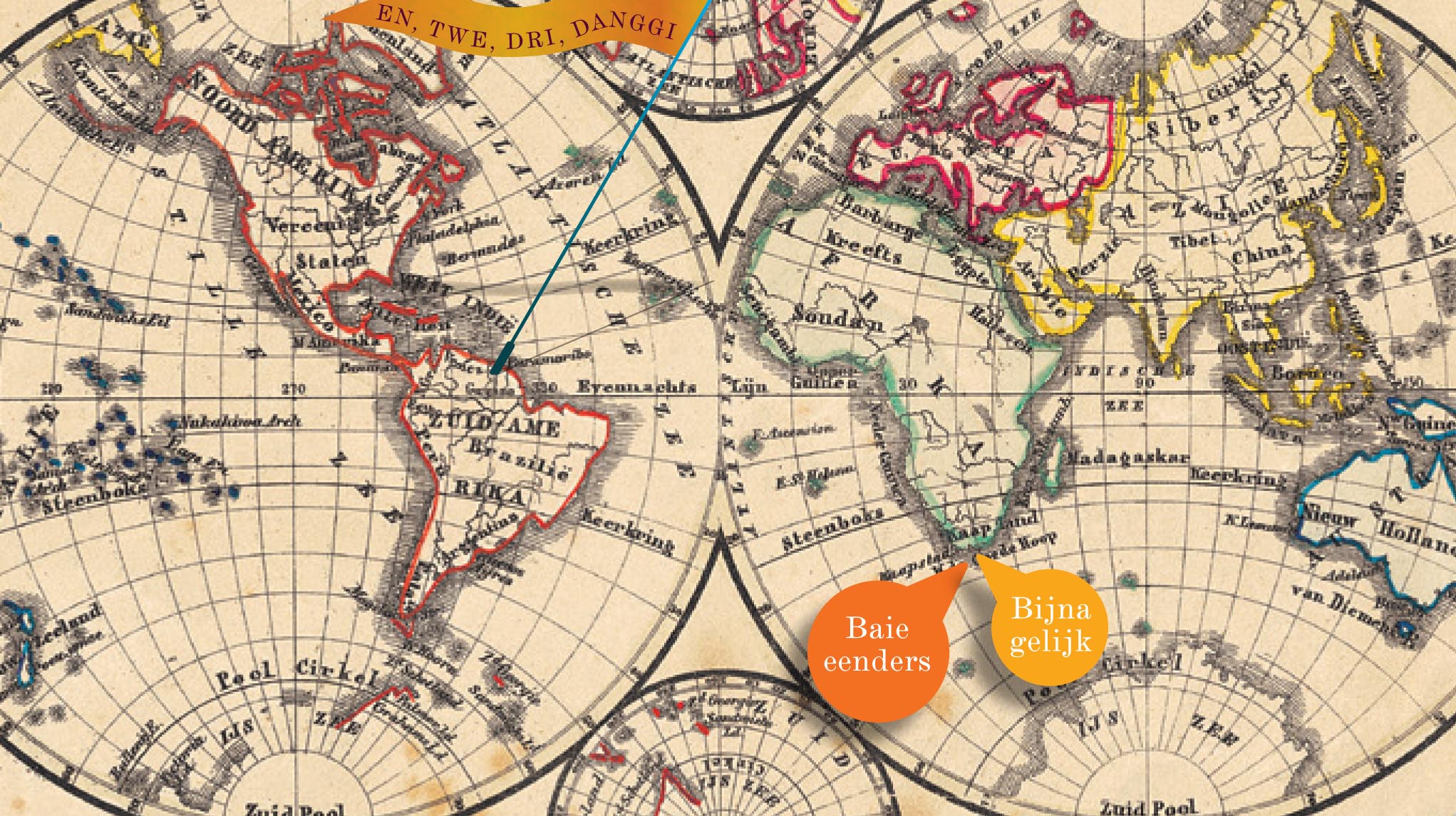 Languages, including their histories, developments and mutual relationships, are often admired only by a handful of people. Although youngsters at school often show interest in unknown or exotic languages, they mostly do not love the ins and outs of spelling and grammar in their native language. However, all those detailed and advanced ‘rules of the game’ for languages, as well as lots of other linguistic tricks and trends, deserve attention. That is why the new Atlas van de Nederlandse Taal (‘Atlas of the Dutch Language’) is a welcome addition to the existing literature about the Dutch language.

An atlas as a historical roadmap

Last month, Belgian/Dutch publishing house Lannoo introduced the Atlas van de Nederlandse Taal, or in short, the Taalatlas. This so-called atlas stands in a long Dutch tradition of atlases, of which the Bosatlas, a massive book with a multitude of maps and facts about the Netherlands and its soil system and structures, is the most important. The Taalatlas follows the example set by the Bosatlas and comes with rich, illustrated and elaborate information about almost every aspect of the Dutch language, from history and etymology to loan words, neologisms and spelling. The atlas, which was written by linguistic researchers such as the famous Professor Nicoline van der Sijs, therefore offers in-depth insights and answers to burning questions from linguistic novices and professionals alike.

The Dutch language as a central language

Insights into the roots of Dutch

Equally important is the explanation of the heritage of loan words now in common usage in Dutch. The authors offer insight into the relationship between city names and historical events, and the origin of product names and jargon. Did you know that the Mexican tequila was named after the city where it was brewed, or that the suede fabric is related to the French translation for Sweden? Or that the saxophone gets its name from the Belgian inventor Adolphe Sax?

Of less importance to many foreign linguists, but interesting for speakers of the Dutch language is the chapter on Dutch dialects, their history, and the question whether they are inferior to standard Dutch. Even if that were the case, the authors succeed in hiding it with great illustrations about the usage of different words in different parts of the Netherlands. They even found more than 40 different words for ‘swing’! 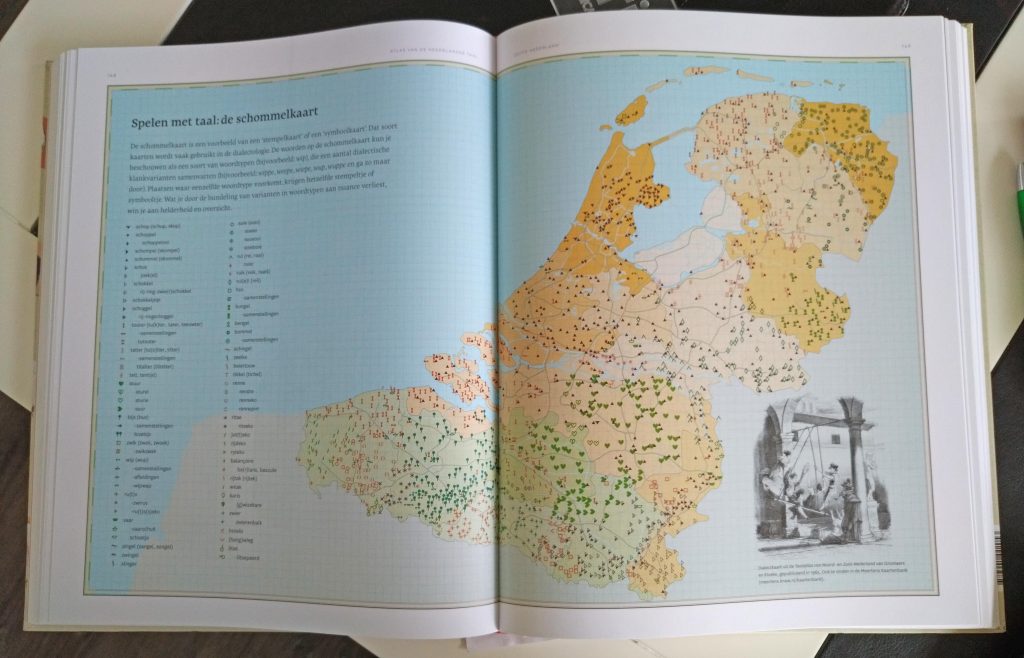 40+ different translations of the Dutch word for ‘Swing’ (‘Schommel’)

The state of affairs and the future of Dutch

For all those people who seek to answer the question why we are speaking Dutch as we do and who determines our spelling and grammar rules, the Taalatlas offers great insights into vocabulary and the process of reaching a common language. While there is also attention to the question whether the usage of Dutch on social media – including the replacement of words by combinations of letters and figures – is an enrichment or a depletion of the Dutch language, the authors do not try to predict which language the Dutch people will speak in the future. Their reason is simple: in 1998 a Dutch scientist predicted that a simplified version of Dutch would survive, but his predictions did not come true. This shows the peculiarity of Dutch (and the self-esteem of the Dutch people). The conclusion: people are switching from language code in various circumstances, abbreviations have always been used, and people on Twitter and Facebook are using the same unwritten grammar rules.

The power of the Taalatlas is that it shines light on the Dutch language from almost every corner. The sixty chapters make it clear how important the Dutch language has been all over the world and how it still influences other languages. The chapters are elaborate and thorough but never too difficult to understand, while the hundreds of illustrations and infographics make sure that it does not show off as an inaccessible scientific work. Furthermore, the many common Dutch expressions and the attention to dialects and historical developments make this atlas attractive to almost everybody who is at least slightly interested in language. With the Taalatlas the authors have given a monument to the Dutch language, and if you read it you might wonder why it hasn’t received such a monument before.

Translation practice
One hundred per cent matches: the golden egg?

Previous post One hundred per cent matches: the golden egg?